I've turned into one of THOSE people without even noticing. You know them, the ones that look at the weather forecast after the evening news and rather than their face falling when rain is forecast, pipe up with "ooh that'll be great for the garden..."

I still haven't quite got used to the fact that this quite large patch of green is ours. Because this is a rental property, we have to be careful of what we can and can't add or dig out of the garden. We made the decision that other than those things that are obviously weeds we would let everything grow like normal this year, before culling as necessary over Winter.

There's one shrub in particular that I felt sure would do absolutely nothing this year. Strangled by bindweed and brambles it had somehow grown horizontally rather than up. Once I had cleared the weeds it looked as though someone had decided to dig it up, but had got bored halfway through and so left it slanted towards the grass. The few leaves that remained on it's spindly branches made me think it may be a rhododendron or camellia. I know they can be expensive to replace so it was given a stay of execution.

But these last set of April showers have brought it to life, so much so that it's even managed to squeeze out a few flower buds as a plea to be allowed to stay...looks like I'll be Googling "how hard can you prune a rhododendron?" come Autumn... 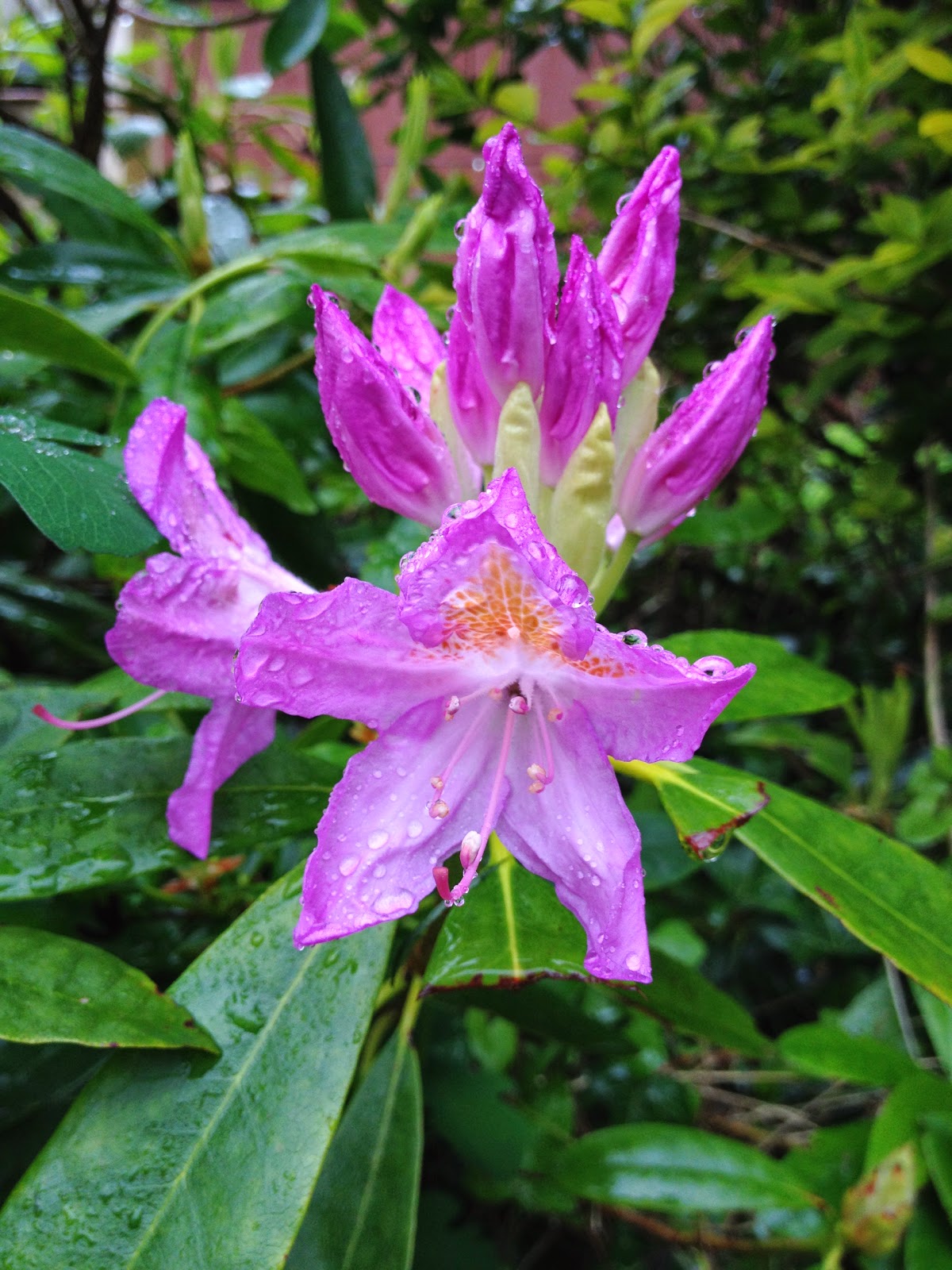 On the walk back into the house I also spotted, finally, a burst of white in the strawberry pot...maybe I will have a strawberry or two this year after all? 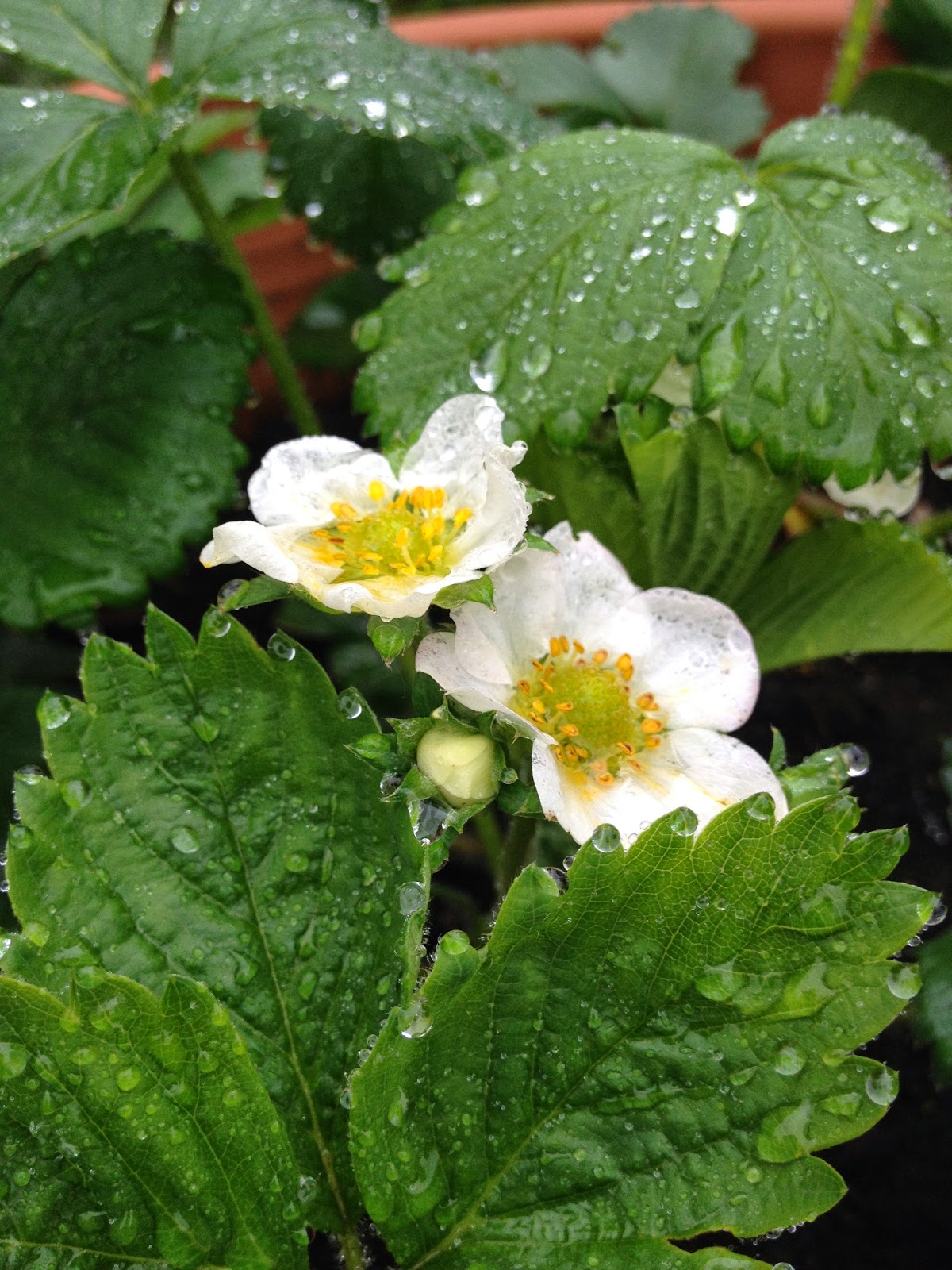