Yet another fast-paced, fun weekend here at Time to be an Adult! Friday night found me driving cross country to get to Northampton before the niece & nephews' bed time. Despite the countless shunts, breakdowns and roadworks and an unplanned service stop to check a road map, I made it with enough time to get a very sweet rendition of "Let it Go" and a squishy cuddle with a very giggly (and not at all sleepy) one year old.

Saturday morning appeared grey and damp, which meant I lost my Frozen virginity as we watched the film together on the sofa. Am I the only person in the world who thinks Anna is pronouncing her name wrong? Surely if you want to pronounce it Aaa-na, you should spell it Ana?!!

Our trip out was to a bath store! Although I spent this time checking that Sion had made it home safe after his work night out. He had, although the giggling coming from his end of the phone made me think his hangover wouldn't properly kick into Sunday...and I was right!

And then, the main reason for my trip to Northampton - the 80s revival gig at Delapre Park in Northampton. T'pau was missed (there was a heavy shower, so we just decided to stay in the pub instead), but we shook our funky thing to Bony M and Banarama. The rain stayed away and in between the glasses of wine we caught up, laughed and made plans. 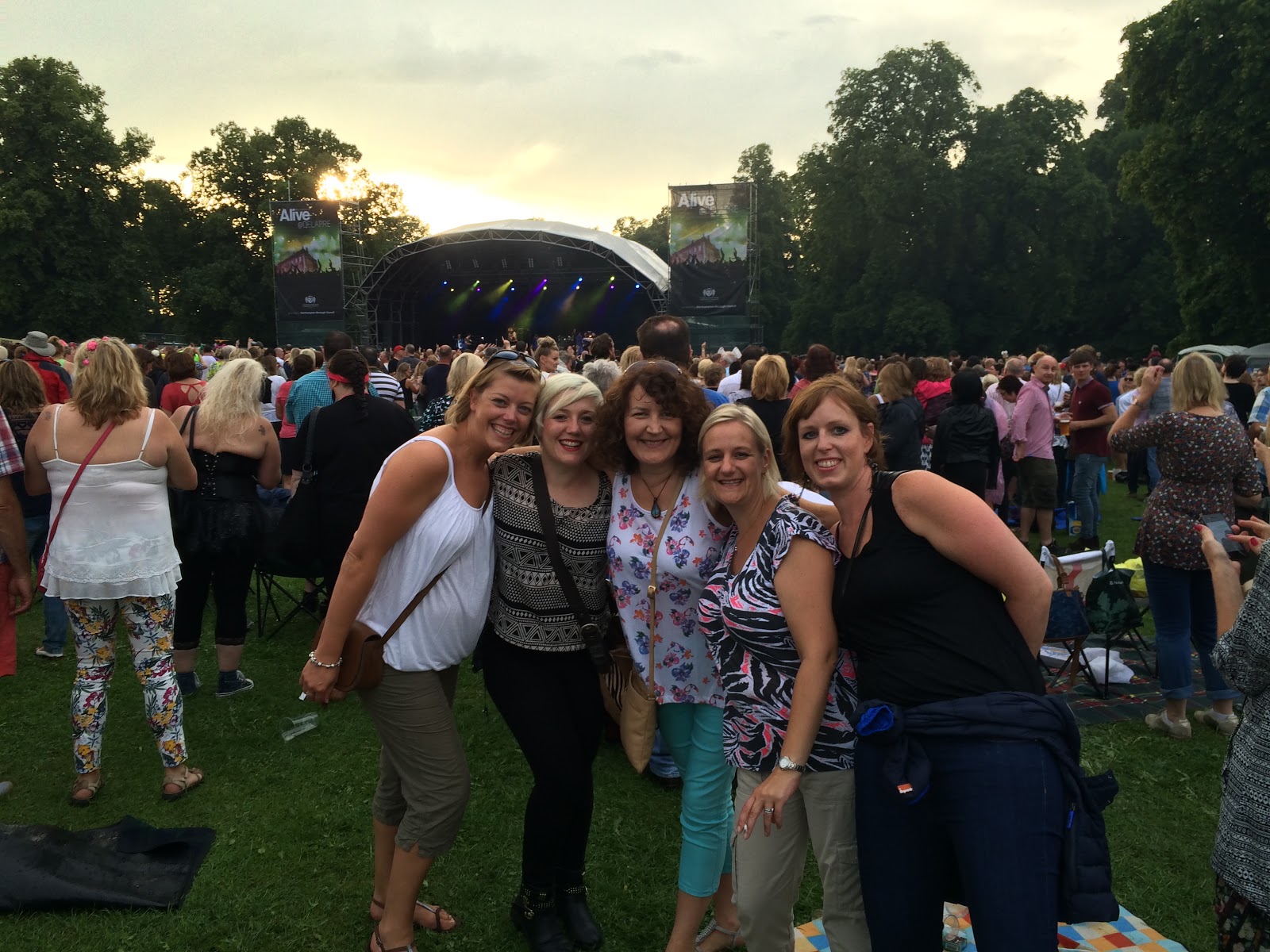 As much as I would have loved a lazy day with perhaps a Sunday lunch thrown in, I traveled back to Southampton after breakfast. It was for a good reason though! The Lion King is currently on it's UK tour and I was lucky enough to be given a ticket for an early birthday present by Sion's sisters. From the first bars of music it was incredible. Of course there's no photography allowed, but this You Tube clip will give you an idea of what it was like - be sure to turn it up loud!

This week is a quieter one; hopefully a few evenings in the garden battling with the weeds, getting back into a gym routine and an afternoon/evening at Salisbury races on Saturday.

What are you all up to this week?

Joining in this week with Magic Moments and What's the Story?